Our fundraising campaign on Kickstarter has ended and we’d like to extend a big thank you to our friends, family, friends-to-be, strangers and fans all over the world for your support and effort in making this the most successful campaign we have run. 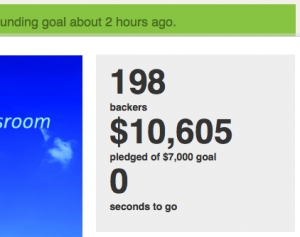 We exceeded our goal by over $3,000 and right up to the last minute people were still pledging their support. Along the way, we made new connections all over the U.S. and found new friends as far away as Australia, New Zealand, Canada, England and South Africa. It’s powerful and inspiring to hear from so many people who are homeschooling or thinking about homeschooling and to know that no matter what your approach is to learning outside of the traditional paradigm, we are all a part of the same big family.

So what happens next?

Well, we have a lot of work to do. First off we need to catch up on some administrative tasks, like sending out emails to the many individuals and organizations who contacted us during this campaign. Apologies if you sent us an email and we haven’t responded yet, but we plan to get to it as soon as we can.

For the remainder of this year and into early 2013, we’ll continue to follow our main family in the film as they venture further into their homeschooling journey. But even as production 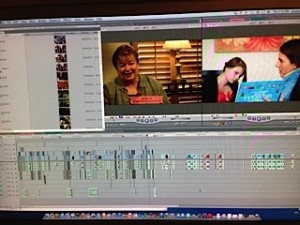 enters the final stages, we’re already tackling the task of sifting through the many hours of footage we’ve amassed over the past 2 years, editing and shaping the structure of the film into what we hope will be a compelling, interesting, informative and entertaining story. This is no small task, but it’s where the magic happens. There’s nothing more exciting than seeing the film begin to take shape. To use a couple of analogies, it’s a little like sculpting. You start with a shapeless lump of rock or other substance and then begin whittling away until something reveals itself underneath. Or it’s like building an enormous jigsaw puzzle in multiple dimensions, you have a big pile of moving images, sound, music, and graphics and somehow you have to decide what to keep and what to throw out, with the goal of making some sense out of apparent chaos. This is the editing process and it’s long and arduous, but it’s one I personally love.

So we’re moving forward at full-speed. We’ll continue to keep you updated on our progress, here on this blog, on Twitter and our Facebook Page and directly through our newsletter, which you can subscribe to here.

Thank you so much for all your support, and please keep spreading the word about this important film.