It’s been a couple of months since our Kickstarter campaign ended and although we haven’t blogged since, things have been far from quiet. Filled with fresh enthusiasm and with a new boost of energy after the campaign, I spent most of December hunkered down at home digging into all the footage we’ve amassed over the past two years. This is a BIG task! We’ve been so busy filming and taking care of all the other aspects of production, that I hadn’t even had a chance to look at some of the more recent footage, so it was a nice surprise to re-visit much of it and get a clearer picture of what we have. Christmas came and went uneventfully, as did New Year’s eve, where I worked right through until 3 a.m, hoping to put a dent in the workload. I’m happy to report that I did make a dent and at the same time got a much clearer picture of where the film is heading and what we still have to do.

One of the difficulties about making a documentary is that there is often no script. Unlike a fictional feature film, where you have a detailed script and storyboards before you even begin shooting, with a documentary you often just have to jump in with nothing more than a great idea and trust that you’re getting what counts as it happens. The story comes later. That’s not to say we had no plan at all, because right from the beginning we’ve had a pretty good idea about what we wanted to do with this film and what is was we were after. One of the great things about this kind of process is that the footage begins to tell you what the story is, once you’ve collected enough of it and once you’ve had time enough to start finding a path through the trees. 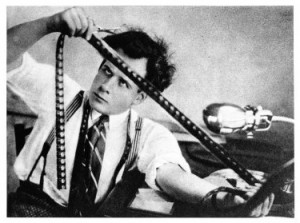 So in case you’ve been wondering where we are….we’re still here, finding a path that will lead us through the story towards the finish line. The dedicated time I spent over the holidays sketching out sections of the film and digging into the meat of what we have has really helped forge a path for where we need to go. Certainly, we have plenty more to do, but there’s finally a light at the end of the tunnel, so onward we go. Thanks for hanging in there with us.

One thought on “Finding a Path Through The Trees”