As we near the end of our Fundraising Campaign (only 9 days left!), it’s interesting to look at where the funds have come from. Below you will see a map of the states donations have come from. If your state isn’t colored green, you may want to represent your state by donating to our cause (it’s tax deductible & includes perks). I’ll update the map before the campaign is over. 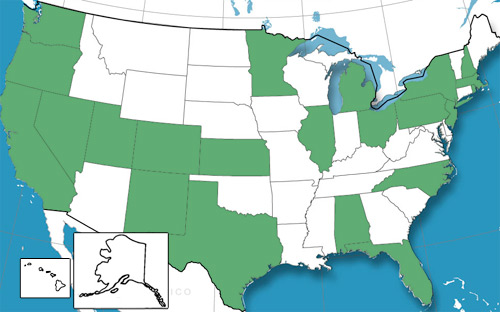 As you can see, there’s a slight West-coast bias, which is probably due to Jeremy living in California, and myself in Washington state. There’s still a few states with high homeschool populations who either haven’t heard about the film, or aren’t ready to donate yet (hopefully this changes over the next 9 days).

Not shown on the map are two international donations: one from England and one from Germany. The Germany donation is most surprising because homeschooling is illegal in Germany. We hope our film will help German regulators rethink their stance on homeschooling!

Thanks to all who donated or helped spread the word. It’s crunch time for our fund-raising campaign. Our goal is to at least raise $5k to fulfill NHEN’s donation matching challenge. We appreciate any help you can provide in raising funds over the next 9 days!