One week until the the first-ever audience gets to see Class Dismissed! We’re pleased to announce Nathan Gamble and family will be in attendance. Last week we announced his Dolphin Tale co-star, Cozi Zuehlsdorff, will also be attending. In addition to the Dolphin Tale movies, you may also recognize him from roles in the Dark Knight and Marley & Me. 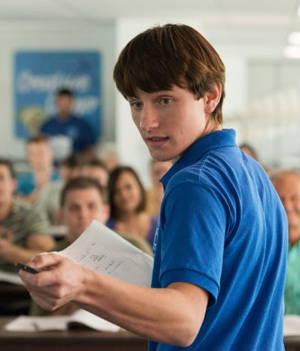 Like Cozi, Nathan is a homeschooled kid in real life. Homeschooling has allowed him to pursue an early career in acting. He lives near Seattle (as do I), but will be filming in LA during our premiere and is excited to attend with his family.

San Francisco should sell out today, but we still have a handful of tickets available for Los Angeles, plus we kicked off ticket sales of Oakland, Portland, Seattle and Snohomish County. Tickets must be purchased in advanced–you can’t just show up at the ticket booth.

We look forward to meeting many of you on the West Coast tour of Class Dismissed. We are working on setting up screenings in New York, Boston, Chicago, Santa Cruz, Philadelphia and Austin. If you live elsewhere, early next week we’ll put out a guide on how to help us screen the movie in your city.