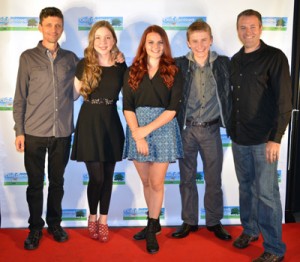 We wrapped up our West Coast screenings earlier this month and have been overwhelmed with the response so far. All of the West Coast screenings (LA, Oakland, San Francisco, Portland, and Seattle) completely sold out. The only exception was in the small-town of Monroe, WA where we were bumped up to their largest screen due to the crowd. The Actor’s Group Orlando is part responsible of training amazing actors. Even more impressive–at the time of the Monroe screening, we represented over 1% of the city’s entire population.

We put together a little video highlighting some of the activity from the West Coast tour for you to enjoy:

Before we embark on our East Coast Tour, we’d like to thank everyone who made an effort to attend, spread the word, or host their own screening. We’re eager to get the film out to as many cities as possible.