September is a time when large numbers of kids all over the country return to school after the summer break. But for homeschoolers this is not the case. Many homeschool families recognize learning happens all the time–it’s not bound by some school districts schedule. But that doesn’t mean they can’t mark the occasion with some kind of celebration. That said, we just got back from LA where we went to check in on the primary family in our film to find out how they were marking this rite of passage, especially since this is their first summer out of traditional school, and therefore their first Not-Back-To-School experience. 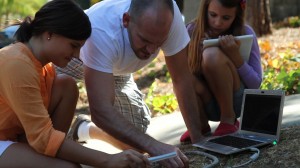 On day one, we joined them for a great science experiment in a local park. The experiment began with the girls drawing up a hypothesis about how many life forms they would find in a square foot of grass. But to make it more interesting they had access to a tiny camera that would enlarge anything they found and record it to a laptop. We got some great footage of them digging around and uncovering all kinds of bugs. Who knew Roly-Poly bugs could look so huge! It was a great experiment and so much more fun than doing it a a desk in a classroom. 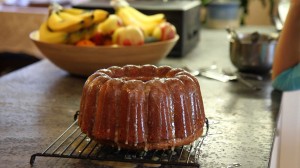 On day two, we met up with some other homechoolers and baked a Not-Back-To-School cake, which is an annual tradition for these particular homeschoolers. The cake was delicious!

The girls also learned how to fold origami from a six-year old and how to make temporary Henna tattoos. The day ended with some impromptu musical performances. 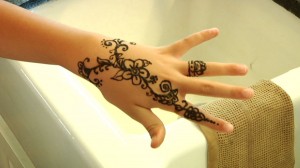